This building was originally known as the O.C.Barber Barn No. 1 and is listed on the National Register of Historic Places. Approximately 20 years ago all the existing tile was removed by another contractor from this extremely large building and later re-installed as the building was re-developed as an office complex. Over the last 20 plus years various issues have surfaced as a result of that tile removal and re-installation.

Once scaffolding was set up we could safely access the area to be repaired. Tiernan King, one of our long time craftsmen, began the repair process by carefully removing lower tiles which allowed us to install equipment needed to access higher areas of the roof. This work requires considerable specialized expertise.

We removed hundreds of tiles from the area exposing  widespread rot in the decking. Ultimately we were able to determine that the widespread rot was caused by water infiltration caused by 34 defective tiles that had been damaged in the roof removal and re-installation 20 years previously.

While the roof was open a new vent pipe was installed by the facilities manager to accommodate some updated HVAC equipment. Andrew and Tiernan have worked together for many years and have exactly the sort of teamwork needed to work with heavy, expensive, historic materials high above the ground. Even though we have installed scaffolding and a safety railing below the workers constant care is needed.

Hazlett Roofing & Restoration maintains an extensive inventory of  historic tiles  for projects of this  type and we could certainly have supplied the required tiles needed for the project. On this job, the Barberton Historical Society was kind enough to supply perfectly matching tiles that had been reclaimed from other O.C.Barber buildings nearby. 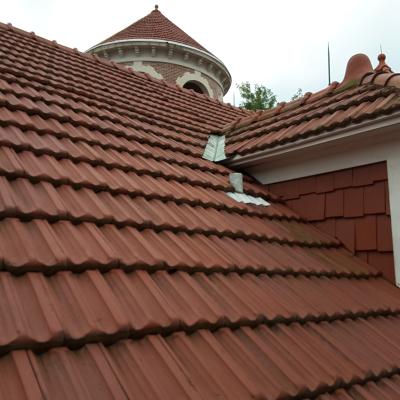 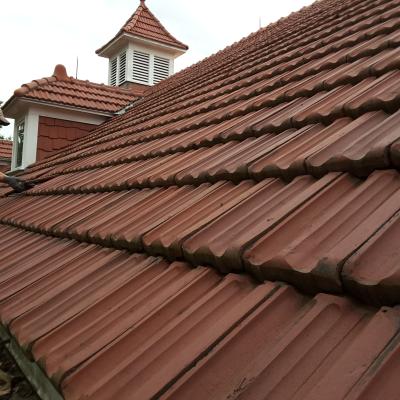 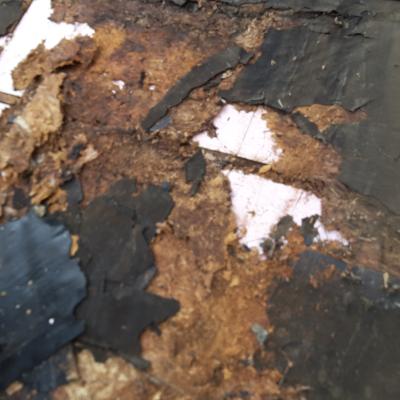 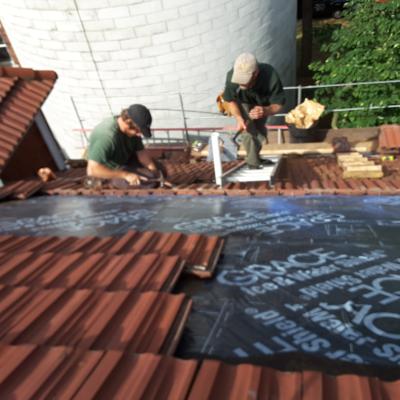 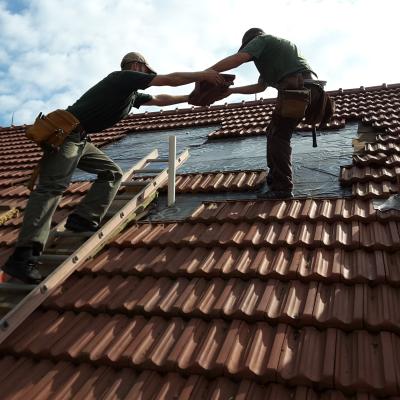 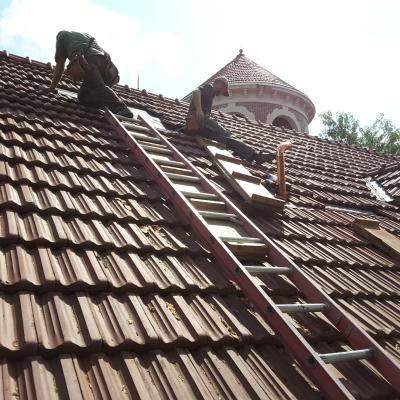 Have a Project for Us?